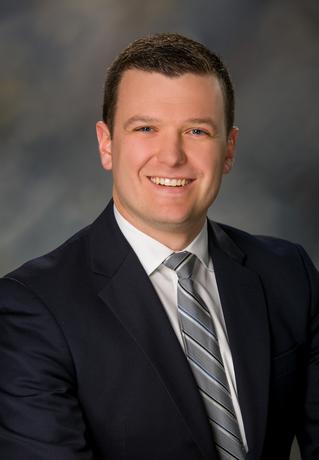 While at Akron Law, Scott was a member and president of the school’s nationally ranked Mock Trial Team. His accolades on the team include finishing as the Regional Runner-Up in the American Association for Justice Student Trial Advocacy Competition, placing him as one of the top four student advocates in Ohio, Indiana, and West Virginia. Scott was also selected as one of Akron Law’s representatives for the prestigious Top Gun National Mock Trial Competition.

In his spare time, Scott serves as Vice-Chairman of the Advisory Board for the Mahoning County Area Salvation Army and as legal counsel for Canfield Strong, a non-profit organization focused on improving and renovating the athletic facilities of Canfield High School. Scott is active in the Mahoning County Bar Association serving on the Board of Trustees, the Law Day Committee, and the Social Committee. Additionally, Scott gives back by serving as a coach for the University of Akron School of Law’s nationally recognized mock trial program.